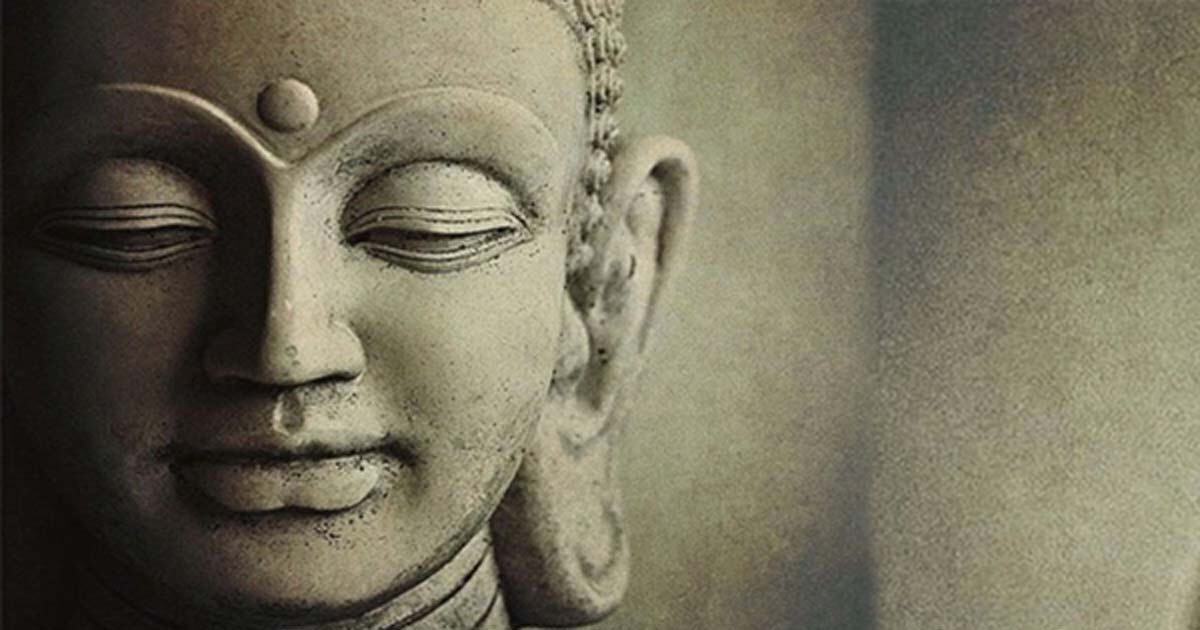 I recently realized I was in a bout with anger and depression. This is something I deal with on a daily basis and accept that it is part of who I am. In my years I’ve always sought out alternatives to antidepressants through meditation and writing. Years later, nothing has changed. OK well lots has changed. I am a grown up with too many responsibilities and way too much stress. I am caught up in the whirlwind of the life I’ve chosen. The thing that has slipped away, correction…what I thought had slipped away, was my peace and serenity. The tools I need to stay balanced. Today the teacher told us that “all we seek is already within us.” It just takes desire and practice to find it again.

Back up three weeks…

When my depression and anger became too much for those around me to handle, so much a part of my daily life that I didn’t even see it, it became a serious issue and I was “called on the carpet.” No one ever wants to admit they have a problem. No one wants to burden anyone with our issues. I did… and I was… and I don’t. I chose to turn back inward. I first sought out a “getaway”, somewhere I could go and get away from my stresses. Escape. Guess what? Where ever you go… there you are. There’s no running away. I knew that I really needed to dig down deep. To pull out the coping toolbox. Unfortunately I found it quite empty. Somewhere along the last 30 years or so I neglected it and have slowly lost the tools. Good thing though, I knew what used to be in there. I know what made me feel better, what simple principles applied to daily life kept me sane all these years. Physical tools need to be kept clean and well oiled. Spiritual tools need to be practiced, looked after and used often.

Other tools include my Native American flute and music. When one finds anger a ruling force in their life, music soothes. When I studied with a shaman, back in 1987, he made me sit in silence with myself until I learned how to calm down, relax and connect with the pure primal-ness of my very being. I learned native songs and chants. I learned how to listen to myself and express what I heard with my flute. I learned to sit in silence and take a tour inside of my soul. The essence of my being. So knowing what “used to be there” I began to seek out that spiritual connection again. This time I found it in Tibetan meditation and mantra. I am still drawn to native flutes and drums. I found Urgyen Samten Ling Meditation in Salt Lake City, not too far from where I live.

It’s not sweat lodges and drums, but the meditation and teachings are very similar. Today I attended my first Puja. It was centered around love and compassion for oneself and others. I listened intently and cried often. After the Puja I was singled out and blessed by the resident Lama/Rinpoche. What an honor since he spoke to my heart during his session. So I am here to tell you that I don’t know the first thing about practicing Buddhism or the Buddha dharma. It is a path I am drawn to though. Step one is letting go and listening,keeping an open mind and heart and letting it all flow. 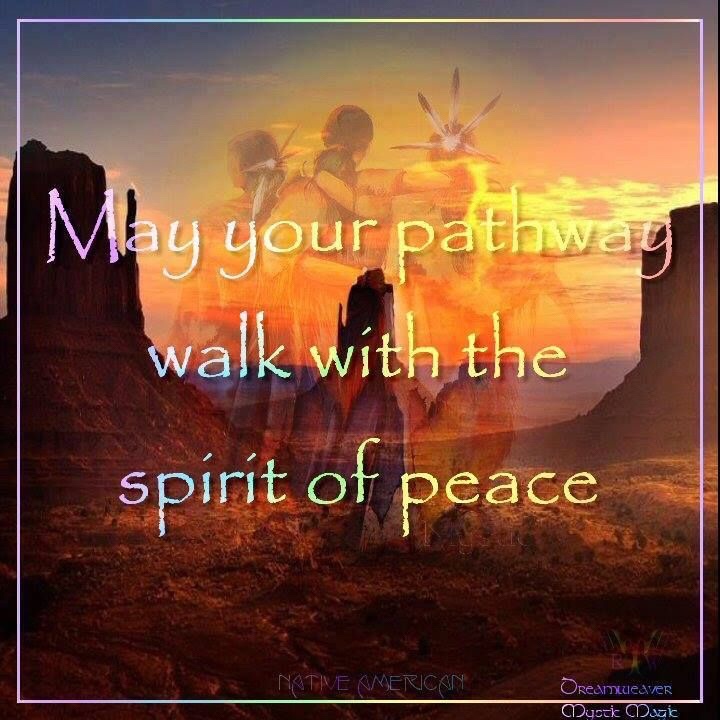 As my silent inner war rages, I am forced to put on a happy face and try to blend in. The struggle inside is exacerbated by daily stresses I am trying to control. My little blue helper has finally quit making me sick… is it working? The fact that I have to take any chemicals in order to keep on an even keel haunts me everyday as I screw off the bottle’s cap and swallow the blue pill inside. Why have I lost the ability to control my outbursts? Why am I so angry inside? My life is good yet these demons rage on inside in the recesses of my brain… my very soul.

I studied with a shaman last time things got this out of control. For a year we met 3 days a week. For the first six months he never spoke to me. We would walk through the woods in silence. We would sit in silence in the sweat lodge, the only sound was him singing and playing his hypnotic drum. We would sit around the fire at night and stare into the flames, not making a sound. Little did I know, this was all part of my healing. Sitting in silence makes you face your demons head on, with no human outside influences. Finally, one Saturday evening around the fire, he spoke in the softest voice… “you are no longer angry, now we can begin.” Six more months he taught me all he could. 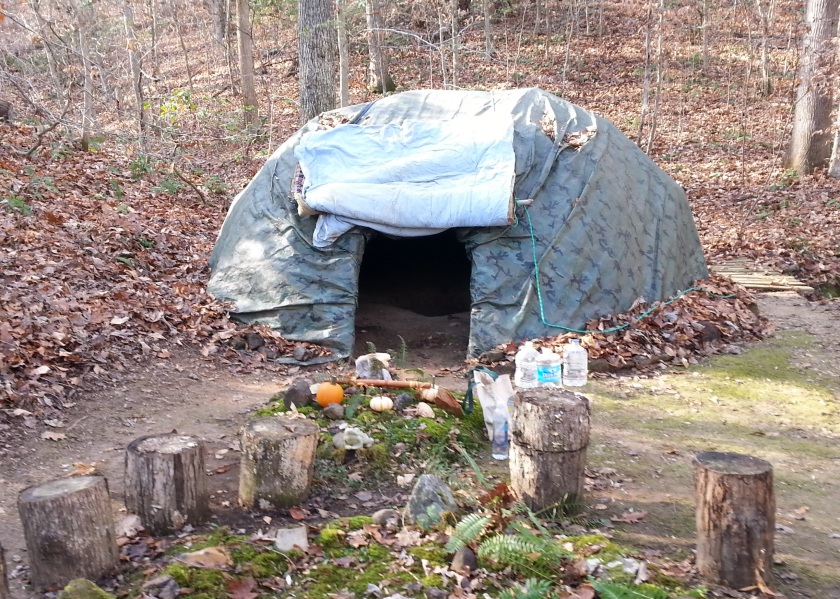 That was back in 1987/8. Today I remember the feelings I felt, the inner struggles that waged on. I remember the serenity I finally achieved after months of hard work and those weekends in the woods. In the end he gave me a native flute and told me that this would be my avenue to sooth the angry beast inside. Even though I long for that serenity again, I can no seem to find those tools I learned. I find myself seeking out guidance in the form of meditation, Thai chi, maybe I should just become a Buddhist. There are people out there that feed on people’s longings, but only for profit. Then there are places that really do sincerely cater to the desire to become whole again, to find peace, to nourish the tired, battered soul. I have determined that this is what I must do.

I spoke of my struggles with depression in my last post. I hate being so selfish and dragging those around me into my torment. I wish that this would just all go away and I could just go back to being happy go lucky, not a care in the world. I am caught between a rock and a hard space. The more I feed into this, the more out of control I feel. When I was younger, and not as responsible as I am today, it was easy to just blow off things in the pursuit of eternal happiness…if there really is such an animal. I did find a moment in time of devine serenity and having tasted it once, I am in search of this elusive butterfly again.

In the last six months life hasn’t been exactly easy. The stresses of being a business owner for 16 years have taken its toll on me both mentally and physically. My dream of being retired and traveling died out in flames as the buyer for our business fell through. Shame on me for wanting to believe until the end.

So let’s fast forward to June. I have been battling with bouts of depression, I believe is mostly stress related. I found it increasingly difficult to control emotional outbursts. I became increasingly more angry at everything it seemed. I was caught in a spiral that I no longer had control over. I no longer had the tools in my life to deal with any of this. To say I was a ticking time bomb is to put it mildly.

We worked it out that I would go to part time. Only work in the back with the new cars coming in. Not dealing with customers that I hate. I found that the very lifeblood of our business, people buying cars, was sending me into fits of rage. Some of my employees were constantly pissing me off and when I came down on them, they would run to my partner and exaggerate what happened, making it all my issues and none of theirs. It was time for me to step aside.

My life is needing an overhaul. I sat down and wrote two lists: one of tasks around the house that had been neglected and the other what I was gonna do for Me to change my life. The second list was the most vital. In order for me to climb out of this deep dark, lonely hole I find myself in, I have to develop tools that will balance my core, my very soul. I am sick, emotionally and spiritually. I have given up every ounce of my being to survive day to day. Over kill? Trust me… I am on some serious shaky ground that scares even myself.

The week all this came to a head, two prominent figures committed suicide. Anthony Bourdain and Kate Spade. Both, like myself, have it made. They have all the money one could wish for. Fame and notoriety didn’t buy them happiness. They died slow painful deaths emotionally then ended their torture by taking their physical lives. It saddens me that an act so permanent… so selfish… was their only way out of the silent, torturous lives they were living. So I reached out for help.

Admitting that your life is out of control to those around you is tough. Some look on you as flawed. Others avoid you. Some tell you it’s all in your head, you have a great life. Perhaps this is why we suffer in silence. Being pushed aside, avoided, told to get over it, is not helpful. It drives us deeper into our own silence and demons. At wits end we seek out medication to hopefully balance out our “chemical imbalance”. Some little pill that will stop our uncontrolled outbursts. I’ll be the first to admit that I need a little help in the meantime, while I find myself again. While I find the balance in my life.

So my life has dealt me lemons… right now I want to squish them and throw them at all the people I blame for my feeling this way. Hopefully, in the near future, I will be able to make lemonade and sit back and slowly enjoy it.