My whole life used to be centered around walking one path or another. I often chose the path of least resistance as a child… later I was a follower… then I swung from right to left in wild extremes. Now a days I find the center path is much more enjoyable.

Walking the center allows me to experience more of life’s variances. I’m not stuck in my ways and find it much easier to see others point of view without having to buy in or fight them. I haven’t painted myself into a box… quite the opposite, I have opened myself up to stepping outside the “box”. I don’t swing wildly to the right or left… I stay more neutral and I find this is a much easier path in my life. Not to say I don’t have strong opinions… I just allow myself to speak my mind, my position and then engage in insightful conversations.

While walking the center can be dangerous… say if you are walking on a busy street… but I find it is important when traveling abroad. The moment I start comparing my life with the lives of those around me, I become unable to share in their life experiences. I become self-absorbed and close minded instead of a foreign traveler in someone else’s homeland.

For me the center is a good place to grow and share in all of life’s adventures. 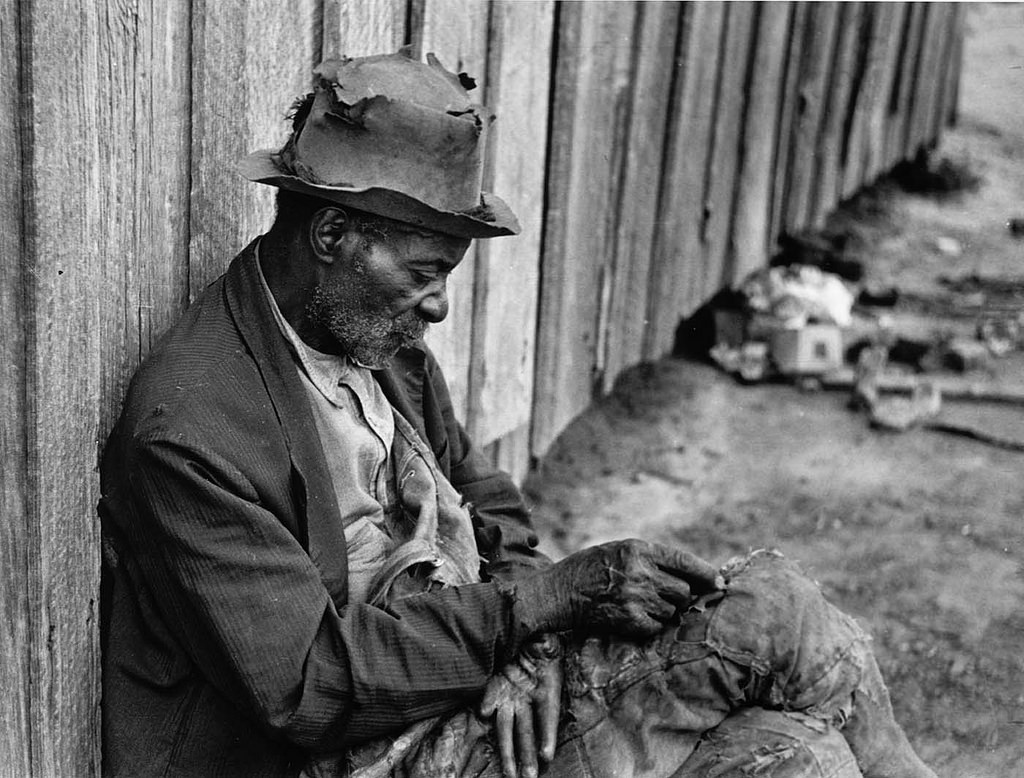 When I was a very young child, I am guessing 4 or 5, we had an old black man who lived in a small little shack situated on the edge of the drainage canal by the truck yard. I remember he seemed quite small compared to other adults I knew, and in Baltimore, in the late 60’s, the fact that he was a black man in a predominately white neighborhood, stood out more than anything.

Mr Jiggles was a kind old man and would sit on his porch swing in the heat and humidity of a summer evening and play his harmonica. The sound of the harmonica would drift over the sound of the traffic from the main street. Beside his house he had an old truck tire full of dirt that he grew tomatoes in. I remember he would wonder up and down the alleyway selling them for 5 cents a piece. Maybe that is how he made a living since I can’t ever remember a time when he wasn’t sitting on his porch swing.

The memories of a child. The tainted memories from an era of hatred and bigotry, instilled on me by the adults I looked up to.

Mr Jiggles… now that I look back… had a very hard life. My memories of him are nothing more that those mentioned above. If I was to meet this kind sole today, I wonder if I would have the same impressions of this gentle little man? Would I pity him? His life was simple… yet incredibly hard… but he always seemed happy.

The last memory I have of Mr Jiggles was a city crew tearing down his little shack and chucking all the items from inside into a garbage truck. Mr Jiggles was gone… his music could still be heard late in the evening, on a humid summer night… if you sat still enough and listened. 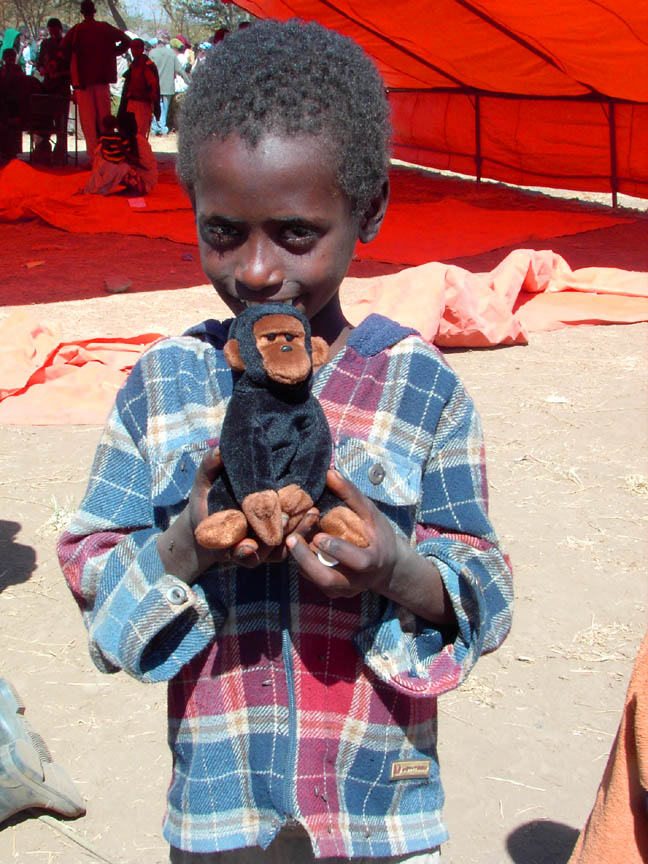 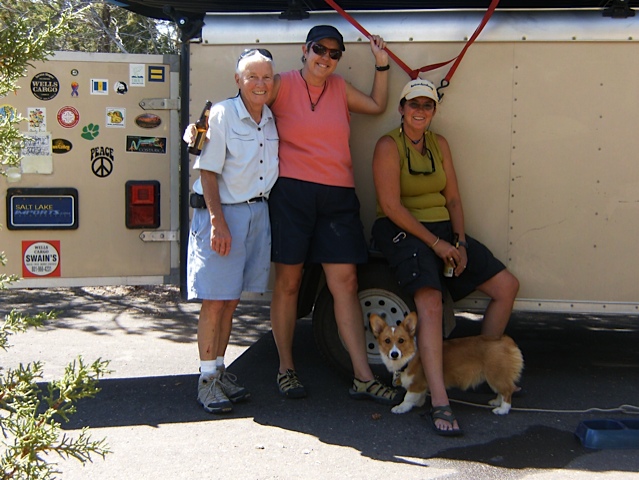 We don’t have many friends that can keep up with us. As a matter of fact at this point in our lives those friends are pretty much none existent. Maybe it’s because we have a small streak of bad luck ,that at times, lead the well planned trips into small disasters. This is exactly what happened several years ago on a backpacking trip in Southern Utah.

Our friends, Aaron and Ty, decided they were up to the challenge of a backpacking trip through Coyote Gulch in the Escalante/Grand Staircase National Monument . It was a pretty easy trip… all of 11.5 miles into a slot canyon and at a point about two thirds through the canyon we were to take the “short cut”, a class three scramble up to the rim of the canyon, and then a short one and a half mile hike across the arid desert back to the parking area were we left Aaron’s single cab pickup.

We packed everything carefully, including our water filter since we would be hiking in a slot canyon that a small creek ran through year round. We planned out our meals, divided everything up equally, fitted our packs perfectly and headed out at the trail head at the top of the canyon. It was a short hike across the arid desert at the rim of the canyon then gradually descended into the cool walls of the canyon.

The day was full of conversation and laughter as we covered good ground. At around seven we reached our camp spot… a set of cascading falls in an open area of the canyon. It was a night of sleeping under the stars. The campfire illuminated the red rock in eerie shadows, the silence enhanced the trickle of the water over the rock ledges, laughing at the arid desert surroundings. We finished up our beers and wine and bid each other sweet dreams and off to dreamland.

The next morning came in brilliant pinks and reds and the light slowly crept into the canyon with a wave of hot air that broke the hold of the cool night air. We had a breakfast of re-hydrated eggs and some other food-like substance in a zip lock bag… just add water. The calories were gonna be needed for the day’s hike and scramble up the side of the canyon wall and back to the car.

If you’ve had the pleasure of desert hiking in a slot canyon… you’ll know the peace and solitude it can afford. The dancing colors at the canyon rim high above your head. The occasional screeching of the ravens. The sound of the hot arid breezes as they turn each corner hugging the fluted rock faces. It’s an other worldly experience not soon forgotten.

Around 11 am we came to the “easy scramble” to the rim as described in the guide book. We all looked at each other and our jovial demeanor turn quickly to a surge of panic. The “easy scramble” turned out to be an almost straight up and down 100 foot climb. We had no gear for such a climb, only about fifteen feet of cheap rope, gloves and good hikers. We hurried and filled all our water bottles and sat down to plan our assent to the rim.

Aaron and I had the best chance of getting to a small ledge about 2/3rds the way up where we would haul the packs then turn back to help our friends to the top. The day grew hotter and hotter and the sun climbed to its highest point putting us directly into the sunlight and turned the cool rock face into an oven. We continued our assent and by noon we had achieved our first goal and 2/3rds of our climb.

Finally around one o’clock, we all reached the top of the canyon and were faced with a hike across the arid desert to our takeout. Problem was there were cairns piled in every direction as far as the eye could see, and we had burned through most of our water on our scramble. We regrouped and headed off in the direction we thought the takeout was. It never dawned on us to pull out the compass we carefully packed.

For about an hour we wandered aimlessly from one rise to the next hoping to get a glimpse of the truck in the distance. The air and sun was so hot and dry we were beginning to over heat… it was just then Chris remembered that she had the compass.  Finally, with the aide of the guide book AND the compass we were heading in the right direction.

Another thirty minutes went by… we had been out of water for over an hour… we were becoming panicked and unable to think clearly. The heat from the sun was playing tricks on our eyes as the waves of arid air painted pictures of what looked like bodies of water on the dry desert floor. We even dropped our packs and agreed we’d find the truck then go back for them after hydrating.

Climbing to the top of another rise… there it was! Hiding behind an outcrop… the white Ford truck… our chariot. 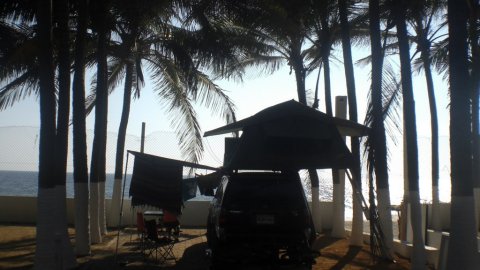 If anyone our age tells you that they are not afraid to do something new, give up everything they have, quit their job, sell their homes, cash out their retirement accounts and leave whatever family and friends they have, I’d say they are not centered in reality.

As human beings we resist change. People cling to religion because it is a constant in their lives. They stay in their homes till they die or they can no longer live alone.

We are at a jumping off point that is like jumping off a 700 foot cliff with a wing suit as safety equipment. Oh… and with no prior training. Do not hesitate. Yes websites, blogs, Facebook and many other publications exist that make this journey a bit more manageable… but the actual “doing” is scary as hell!

Twenty years ago even thinking about doing this would have been a daunting undertaking. Where do you start? Where is it safe to cross a border? Where is it safe to spend the night? What do you need to cross a border? The world was a huge unknown for the most part. The US state department made you so afraid to venture into other countries. As a visual learner, I find the task at hand much easier to comprehend. The how to exists out there. YouTube, Blog sites, Facebook pages for expats, AIRBNB, VRBO, where to go and how to manuals are everywhere.

When we were younger this would’ve been an absolute thrilling notion, like when we hit the road back in 1993/4. Cell phones were new on the market and very expensive (for what they were). IPads were a futuristic concept. Hell a portable laptop computer was even just a glimmer in someone’s imagination. We were kids… we threw caution to the wind and just did it. Ahhhh… for the innocence of youth…

This time we have so many options… some more fraught with danger than others. Could we be happy settling down in some mountain town in Ecuador, Columbia, Peru? Become beach bums in Nicaragua, Honduras, Belize, and Thailand? Travel the world from ‘point A to point B’ with no time limits? Will our vagabonding lifestyle be possible as planned? Best made plans are often laid to waist when put into action… still we continue to put one foot in front of the other. I continue to wake with butterflies in my stomach, that’s the “more mature age” jitters… The Fear Factor