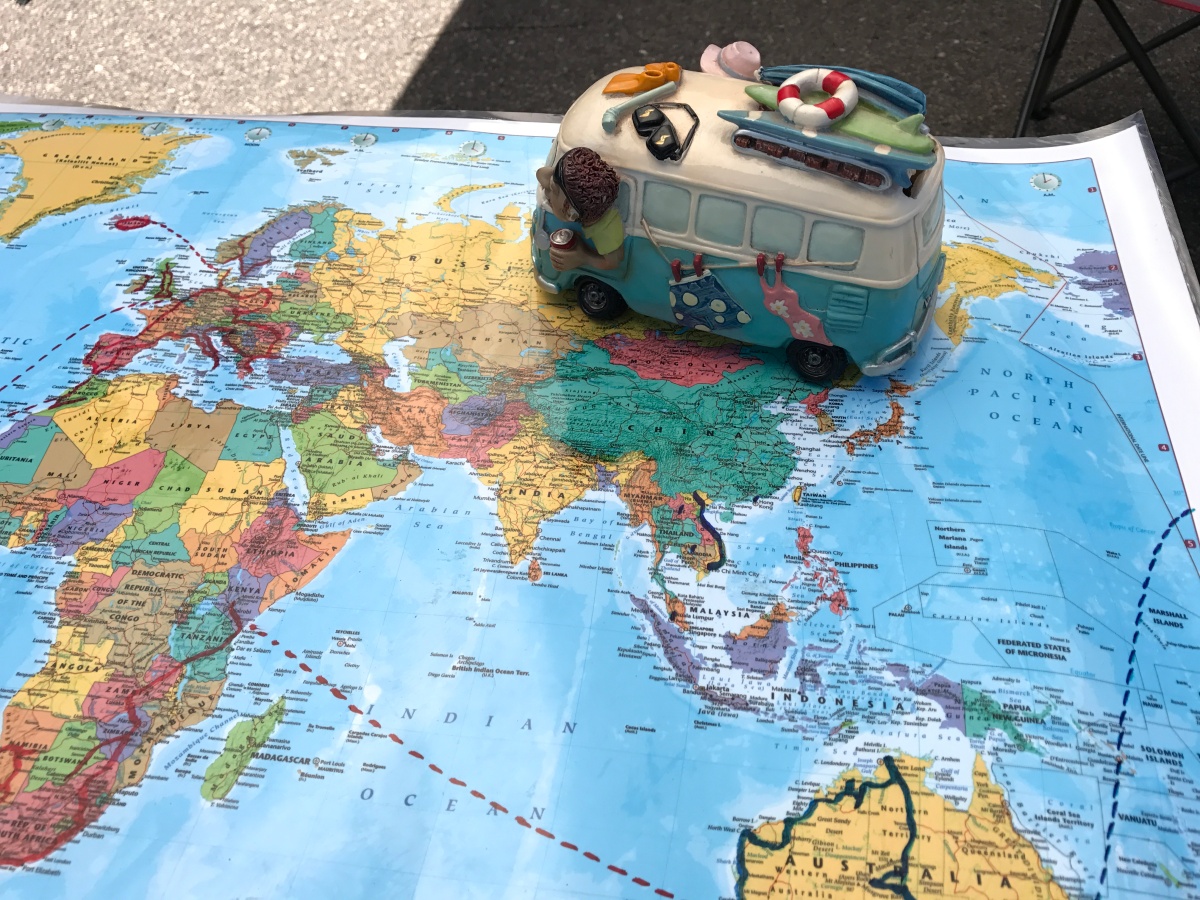 I don’t know who coined the phrase “half of the experience is the journey itself”, but they hit that nail dead on the head. We started packing last weekend. The Cruzer is taking some getting used to but she is capable of handling our gear. The way I figure it… I pretty much have everything I need to be self sufficient for several days. 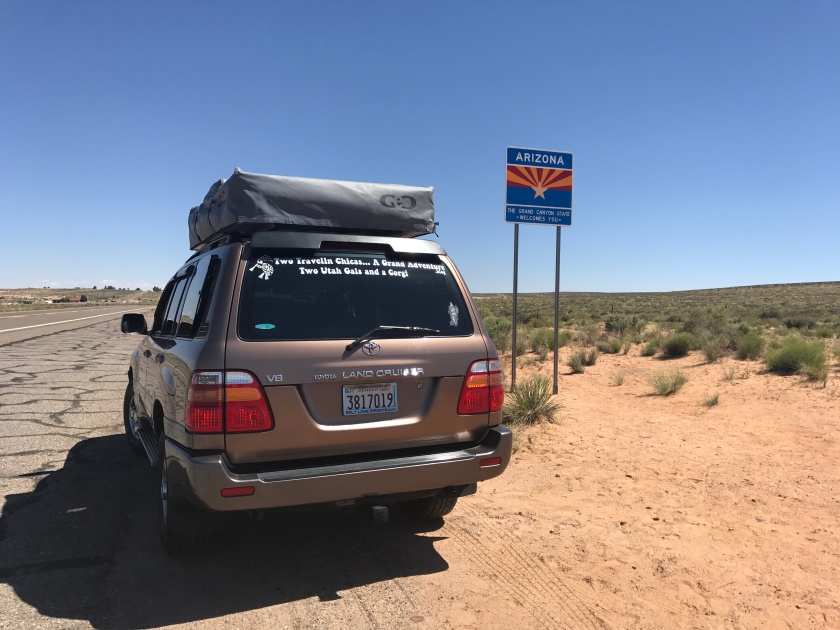 What’s the difference between a trip for several days vs. several months? Not too much. If you were living on the road, the road would be your home and you would need to stop and do laundry once a week, or so, just like you do in your brick and mortar home. I think you generally just stink and after while don’t notice. Ha! What a thought. So you don’t need to own but maybe two weeks worth of clothes… and I’m not talking three changes a day… think about it; what do you really need if it’s 50-100 degrees everyday. A chance of rain half the year. Twelve hours of daylight on average per day.

Food? Well unless you’re going down the Colorado through the Grand Canyon by paddle boat, you can go to the market once or twice a week and buy fresh. We don’t have a full on refrigerator after all. If you go camping for a week you go to one place and hopefully have enough food and ice to keep it cold. So there you have it.

One thing I would have to do though is organize the Cruzer. It was frustrating trying to find anything. I had to do a lot of climbing around and rummaging to find things I knew I had put in there somewhere. Oh well… duality noted. I think we will need to build compartments. That’s what I hope to bring home from the Expo.

Part Two: The Revelations:
First let me start by saying going to the Expo was a great thing! I met some genuine people there. The camp area was packed tight with all types of rigs from VW Buses to Hummers to Land Cruisers. All the rigs had basically the same equipment. Tents of all types and sizes. Gear necessary to support it’s occupants for a trip into the wild. Varying degrees of sophistication. Some old and some newer. Some costing thousands of dollars to build to several hundreds of thousands. What did each have in common? The owners and travelers desire to be self sufficient with the ability to escape the realm of responsible reality. 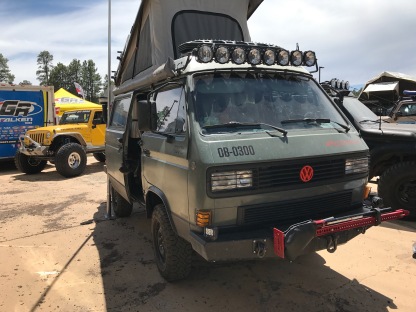 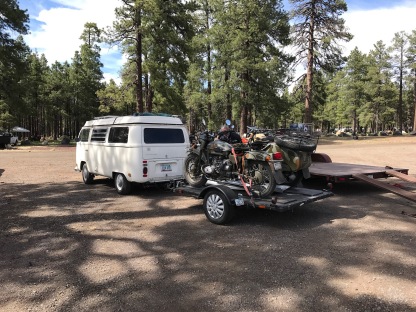 I was lucky to get some great neighbors on each side. The most memorable will be Mona and Al from San Francisco area originally.
To say they took a blow on the chin and continued to turn the other cheek would be an understatement. They lost their home in the fires that ravaged the area a few years ago. Still they remained hopeful and positive, and picked up what they had left and continued moving forward instead of becoming “victims”. They reminded me so much of Chris and I it was amazing. They complimented each other, obviously loved each other and yet were so totally opposite of each other. I think that is the greatest strength of any healthy, life long relationship. Mona and Al took me in and we became good friends in the short time we spent together. They have big plans for escaping just as Chris and I do.

I attended many seminars, Q&As, demonstrations and took from each a bit of vital information and revelations. I really enjoyed speaking with real people that have actually done what we are preparing to do. The greatest part was that maybe learning from them and their experiences, we can avoid some costly mistakes.

I got to experience the life of “up at sunrise and to bed at sunset”. I got to pick people’s brains on a personal one to one basis. I was taught as a student and was showed things I never would have known otherwise. I gained a confidence in what our future may look like. I came home with so many great, doable ideas and how to put them into something tangible that will increase our chances of survival as two women alone on our Overland voyage.

The best part of it all was when Chris finally joined me on Saturday night. There was no way I could show her all I had learned but I took her around and showed her it was possible. Our dream could come to fruition with the knowledge of those who have been doing the minimalist life style for years and years. I was able to get her buy in 100% to building our “home” on the road. We discussed at length weather or not we had the right vehicle. We discussed other possibilities if money was no option. In the end I told her I would design Lucky’s interior and before it went into production get her buy in.

Leaving on Sunday was bitter sweet. I had to say goodbye to my new friends. Pack up all our soon to be “worldly possessions” and hit the road for the long journey home. This 8 hours was the longest Chris and I had spent without the TV on, faces in our phones or iPads in a long while. It was the quality time we needed to do what we do best… discuss our ideas, hash out our differences and compromise.

The next phase will begin as I draw out my ideas about how we need to improve our home with the knowledge I gained from veterans who have gone before. Hopefully learn from their mistakes and leap into the next stage of our lives with a better knowledge and understanding of what could lie ahead. I feel it will be easier for us to transition into life on the road without time limitations and the burden of owning anything except what is “on our backs” as it were.

In conclusion, this was an enlightening weekend. It was a necessary step in the right direction. It affirmed this journey as possible. It drilled into my brain the realities of the dangers and enjoyment one can encounter when all ties are broken and life is lived not just endured.