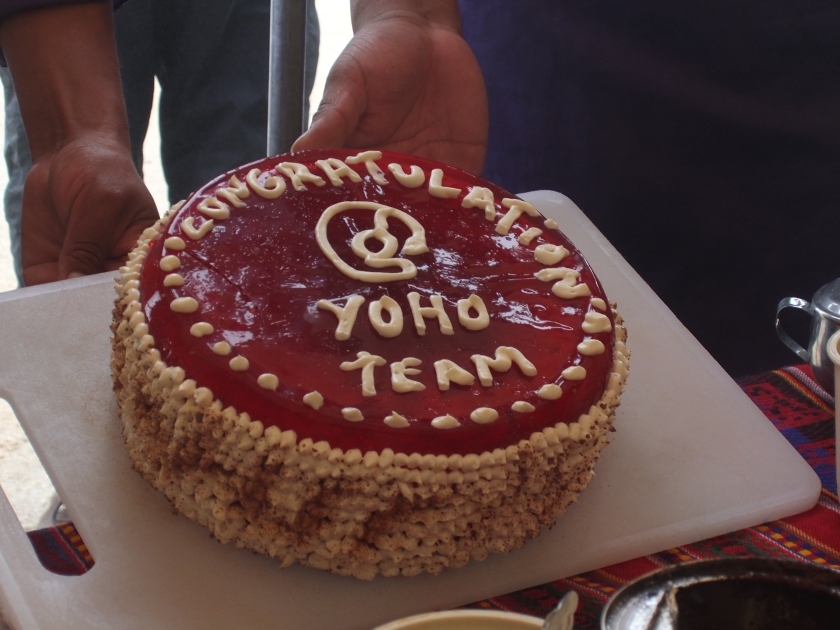 After an early night the whole group was ready for the final push the next day. We called ourselves YOHO, You Only Hike Once. Most of us agreed this was a ONCE in a life time achievement and at this point all we wanted was to arrive at the Sun Gate, Intipunku, and ultimately an hour or so later set foot on the sacred city of Machu Picchu ( proper pronunciation “Machu Pict chu” the other way gringos say it means “big penis”… that explains why the porters would all laugh as we discussed the final push.

We had to get up at 3am and be packed and out of our tents by 4am so the porters could break camp and hike down to the train that would stop at 5am SHARP to pick them up… miss the train and it’s a twenty mile hike back into town. We were on our own today. No porters passing us up.

There was no breakfast except dry bread and jam, hot water for coca tea and that was it. We were given the last briefing and gathered outside for our last “let’s do this”! cheer.

A five minute hike and over an hour wait in a long line of eager hikers. The gates to the last part of the trek opened a 5:30am. We had to present our permits and then were allowed to proceed onto the last 2.5 miles of the hike.

This part of the trail has been regulated due to the amount of deaths that have occurred on this, the last push to Mach Picchu. In the past companies have left before sunrise and in the pitch black walked right off the narrow trail. Even in the light of day this was a tricky path. Four to five feet wide and 200 foot drop off on the side.

After about a two hour hike up and down we came to the “Monkey Stairs”. A set of stairs that looked more like a wall rather than a stair case. You literally had to climb on all fours or fall over backwards and break your little cabeza. It was about 50 feet tall and composed of uneven rock steps at about a 75 degree incline. At this point the lack of food, tired legs, and lack of sleep really began to pay its toll. It was quite humorous to watch us all climb. 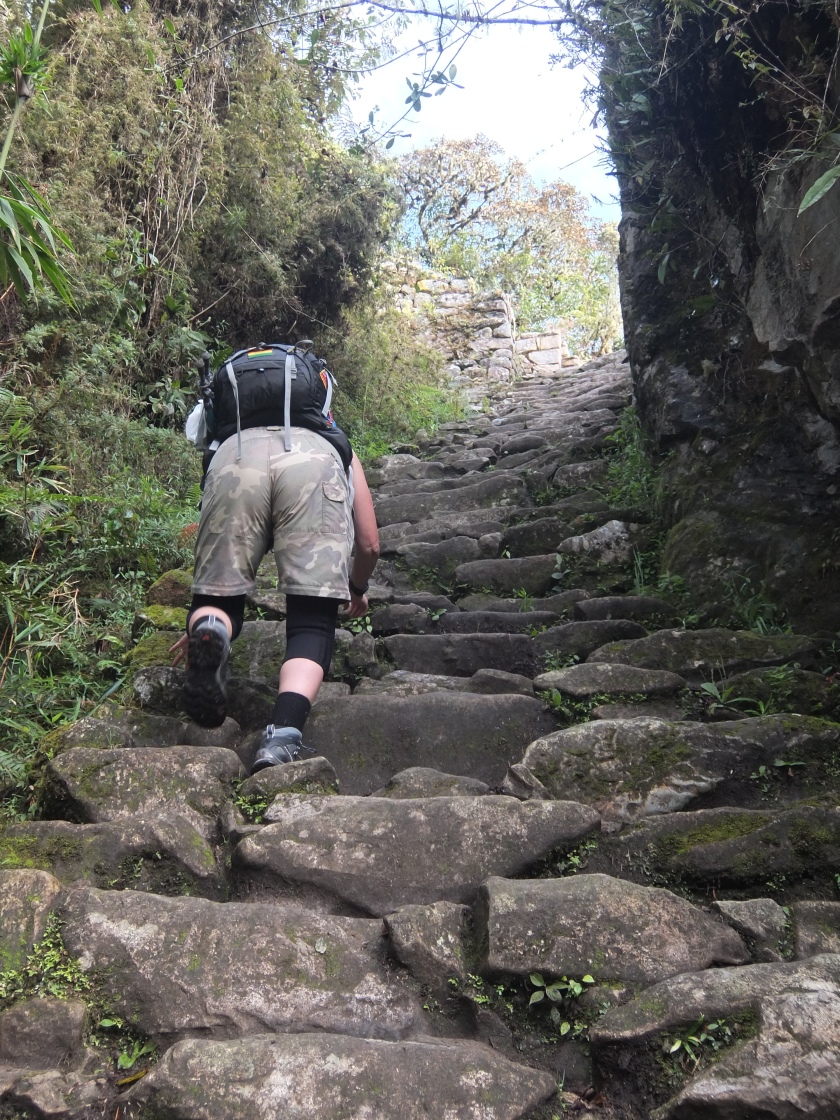 The view from the top of the Monkey Stairs was almost 180 degrees of stunning jungle choked mountains and the last remaining morning mist clinging to the lower trees. The sun was just coming over the peaks of the mountains in the east revealing the lush greenery and the path ahead still clinging to the steep cliff sides.

In about 20 minutes we reached The Sun Gate. The Sun Gate was used to tell the exact day of the summer Equinox. The sun would rise and shine threw these stone pillars onto a certain wall on the Temple of the Sun in Machu Picchu. I found a secluded stone on the edge of this site a released the remaining ashes and Faye will forever be looking down on Machu Picchu and the stunning surrounding mountains. 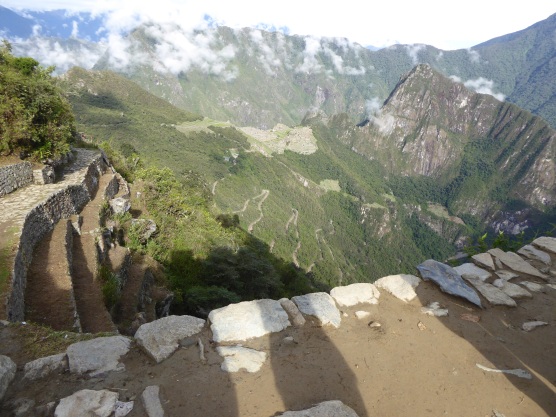 After photos we set out for the final push to the city of Machu Picchu itself. There were two more stops on the way down to the city perfect for photo ops and closer views of the city from above. Ten more minutes and we finally set foot into the city proper.