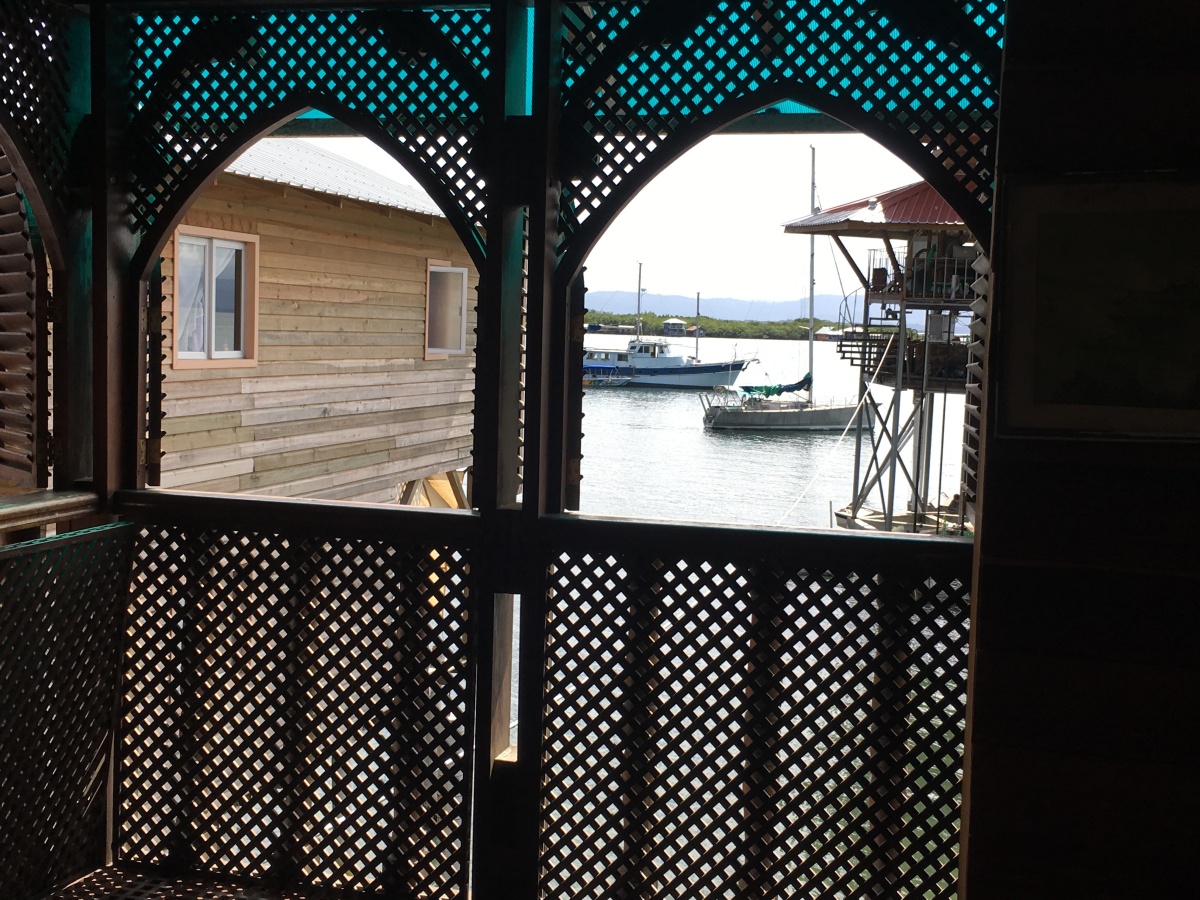 The third stop on our journey was The Artist’s House on The Sea, on Isla Colón. We packed up to head out from Un Puerto Particular via water taxi back to the main island of Colón. We notified Filberto of our arrival and planned to meet him at the dock at 13:00. Filberto said he would be driving a Kia Double Cab and wearing a leather hat. He said we wouldn’t be able to miss him. In Island time he showed, as planned, and he was wearing a top hat made of leather… no doubt he made it. He is an eccentric type of fella. His thick accent was easy to listen to. He carried himself well. On the short ride to our new home he told us a quick synopsis of his life. Recommended eating establishments and told us how to get about.

Upon arriving we entered a small mud path that was lined with garbage. He explained that the neighbor was piling it there to eventually claim the property for himself… some convoluted law about him using the property that eventually he could claim it as his own since the owner didn’t care to take care of it? We were getting used to seeing large garbage piles sitting about… this was not the act of nature but of man.

Shaking off the vision, we entered into Filberto’s domain. There was a small wood planked walkway that lead to a charming three story building. Once inside he showed us his works of art. He told us about building this house and his own house 300 mts off the main house. We have left Kansas Dorothy. The home was basically three large bedrooms with three baths and one stand-up shower on the main level. The bathroom on the second level has a shower that you sit on the toilet to use. The third floor bath is tucked away in a small slanted closet, good for children but an adult might find it difficult to use. The main level has the cooking area. Stove, shower, fridge, table and chairs and a small washing machine. Totally open to the world.

On each level there was an eclectic assortment of art work. Filberto gave us a tour and explained each one, where he found it or where his inspiration came from. His art was expressive and down right strange… but totally reflected his demeanor and personality. The more I watched him, listened to him and grew to respect his choice of lifestyle, I couldn’t shake my grandfathers image from my head.

He left us and departed to his home on the water in a small Zodiac inflatable boat… that no longer was inflated but served his purpose of traveling to his small home on The Sea. His home was now ours… 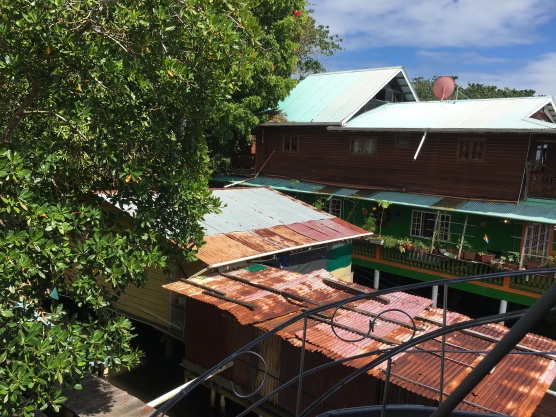 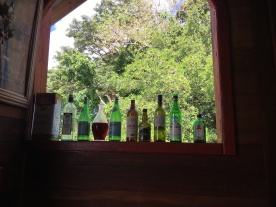 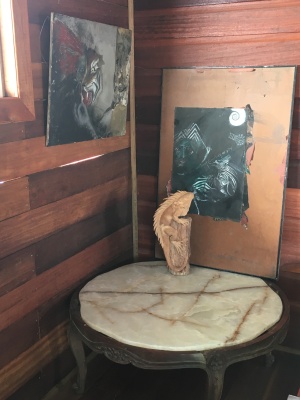