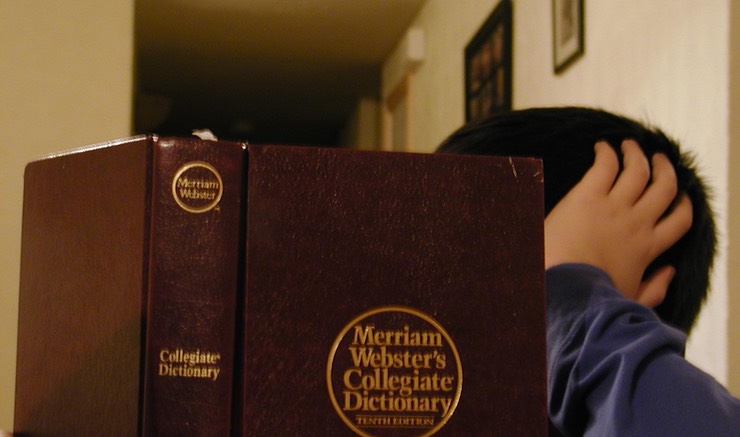 Is it me or have any of you thought that there are certain words in the English language that are “strange”, “funny” or just downright not right?  At times I will be writing and a word just doesn’t look right.  The thought I am trying to convey I just can’t find the right word for.  It makes me chuckle at myself and the word.  I’m not talking big college words… just normal everyday words.  Not the words that someone uses and you have to look it up because you can’t even begin to fathom what the author is trying to say… no matter in what context it is used.

We have so many descriptive words… I would wage more than just about any other language out there.  Even with these descriptive words that range from describing a touch, feeling, sight or sound… I hear so many times any number of four letter words used instead of any of the thousands of descriptive ones.  Sad… and I must chuckle again.  I find when I am writing I want to sound so sophisticated, so schooled… but why?  Isn’t it enough to describe an incredible sunset as such?  There are so many other words like magnificent, wonderful, marvelous, spectacular, phenomenal, prodigious, breathtaking, extraordinary, unbelievable, amazing, stunning, astounding, astonishing, awe-inspiring, staggering, formidable, impressive, supreme, great, awesome, superhuman, fantastic, terrific, tremendous, stupendous, mind-boggling, mind-blowing, jaw-dropping, out of this world, far out, or wondrous! Who’s ever seen a prodigious sunset? Even with all these words do any really describe the awesomeness of nature? 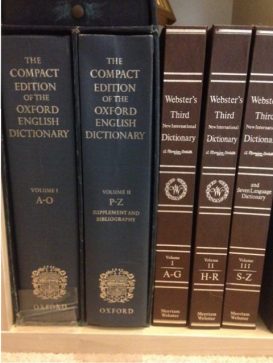 How about words like wife? A simple word that describes a person that is married to another but a silly word in my mind. Ass?… a donkey, a part of the body, someone incredibly rude, something to get a “piece of…”, a fool… another funny word.  Did you know that according to the Oxford English Dictionary: there are full entries for 171,476 words in current use, and 47,156 obsolete words. To this may be added around 9,500 derivative words included as sub-entries. How does a word become obsolete? Some claim there are almost a million words in the English language… does this include the “obsolete” ones?

I must admit I used to sit down with one of the Mirriam-Webster Dictionary when I was a kid and read words and meanings so I would know lots of words I would probably never use… sounds like a boring childhood now… oh an when did Mirriam get tacked onto Webster? Is she his wife?!?  Chuckle…